What do we file this under? "Good advice that sounds kind of bad at first"? "Lessons from childhood to unlearn"? What about "Seriously cool ways people use Goosechase"? Let's go with that.

If you've been tasked with putting together an icebreaker, team building activity, or just getting any group of people together, I understand how you might be feeling. If it's stressed, I'm right there with you. It can feel like the positivity of everyone's experience hinges on you. What if people don't talk? What if there are awkward silences? I can crumble under the pressure of playing host to friends - not to mention colleagues or strangers?

The good news? There's probably nothing to worry about.

Social Psychologists Gillian Sandstrom, Gus Cooney, and Erica Boothby are fascinated by human conversation - what makes it happen, who has it, why people have it (or don't). They conducted a study encouraging a test group to do the unthinkable...talk to strangers.

More than 450 people across the UK and US took part in a week-long Goosechase Experience (in the name of research...how cool is that?!). Each day, they were given a group of Missions like "Find a stranger..."

They got to choose which of the Missions they wanted to complete. The control group was tasked to simply observe the person, while the test group was encouraged to strike up conversation.

Spoiler: Those who were part of the test group prompted to talk to strangers reported improvements in conversational ability and enjoyment, and a decrease in awkwardness and fear of rejection.

So, how can this information help you? Understanding what motivates people to talk to each other can help make your event - icebreaker, team building activity, what have you - more comfortable and enjoyable for everyone involved.

I had a chance to chat with Gillian about her team's study, and had some of the loveliest, most comforting 30 minutes of conversation I've ever had with a stranger. Here are a few things to keep in mind when planning your next event:

1. Give your icebreaker some structure:

There's a lot of research in psychology about choice - you can feel frozen by having too many options to choose from. Because people were given specific descriptors, it made choosing someone to approach simpler. Having a goal helped people. - Gillian Sandstrom

The popularity of Human Bingo speaks for itself. Gillian and her team had the genius idea of using Goosechase Missions to describe who subjects should find, although ultimately it didn't matter what the descriptors were - it was that they had an objective at all. Narrowing people's options helped them commit to choosing a person to approach.

When people are meeting for the first time, it can be difficult to pull conversation out of thin air. Give folks a clear objective, and they'll be more empowered to engage with others.

One of the best ways to get people talking? Talk to them first.

What I'll often do is point out something I'm seeing to somebody else. You can bring someone's attention to something in your shared experience - like, "look at those happy dogs!". It's why we default to talking about weather so much. It can also help to frame it in your mind as an act of kindness to talk to people because you're giving them the gift of being connected, belonging, and feeling seen. - Gillian Sandstrom

While it may go without saying, as someone hosting the icebreaker, talking to others first is a surefire way to encourage the behavior. Be curious about other people and ask questions - isn't feeling seen the ultimate compliment?

I've had lots of great conversations where I've learned something, been offered free vegetables, invited to join a book club...and a lot of 'nothing special' conversations, but they matter too. Because the biggest benefit is the cumulative experience of knowing I can talk to anyone, and people are okay, and the world isn't so scary. - Gillian Sandstrom

People can feel pressured to say the right thing - the most memorable piece of personal trivia, the most thoughtful question, or the funniest introduction. Get people's guards down and eliminate the pressure of having to say the "right" thing! Start off in smaller groups and with prescribed activities that get your team working together (like this Building Bridges idea from our list of fun ideas for work events). The natural banter will flow and will give people the confidence to speak up in the larger group later on.

It's also important to change up people's groupings. The more exposure to different people they get, the more confident they'll be that they can strike up conversation and hit it off with anyone.

As part of their study, Sandstrom, Cooney, and Boothby gave test subjects tips for how to approach strangers. The most effective advice?

Isn't that such a comforting thought? We're often the ones keeping ourselves from interacting with people who we think are awesome. But there's no need to hold back. Remind your teams that everyone is on the same page. Acknowledge that everyone might be feeling a little nervous, and get a chuckle out of the group's collective sigh of relief.

Feeling like the weight of everyone's experience is on your shoulders can be a lot of pressure, but don't let it get to you! People are often a little more nervous than they look and much nicer than they seem, so with that in mind...encourage your community to be brave, be kind, and have a great time.

At Goosechase, experience is everything. Originally inspired by scavenger hunts, Goosechase is an online platform that enables organizations and schools to engage, activate, and educate their communities through delightful interactive experiences. Sign up and try creating a free recreational game, or contact us to learn more about our enterprise solutions! 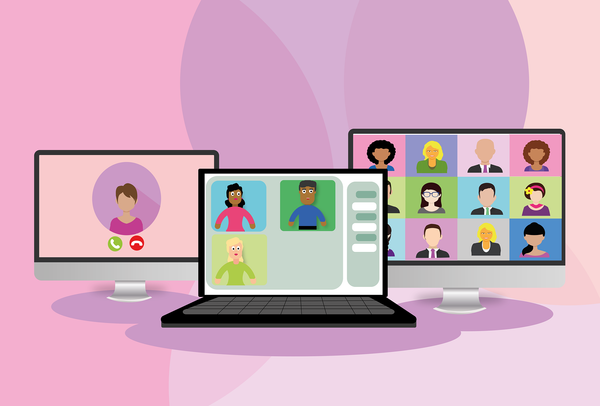 Take your virtual games to the next level! Awards that will get your coworkers really involved!