The Adelaide Fringe is the second-largest fringe festival in the world, making up 39% of yearly multi-category festival sales in Australia. The festival continues to surpass previous ticket numbers each year, with the 2018 event drawing 2.7 million attendances.

During the 31-day event, artists and performers of any genre are able to showcase their work, with shows ranging in scale from free indoor comedy gigs to full-scale outdoor concerts. The festival is soon to be celebrating its 60th year, and is described by The Australian as “The party that defines a city.”

Adelaide Fringe 2018 by the Numbers


While the larger and more popular hubs at the Adelaide Fringe are well-known by attendees, the festival is also hosted by smaller, often more regional venues. For the 2018 event, there were over 400 registered locations.

The organizing team members were seeking a way to incentivize guests to engage with as many venues as possible, and encourage positive interaction between performers, hosts, local residents, and festival partners alike.


The Adelaide Fringe Organizers first introduced GooseChase as a major programmed event in 2017. Chelsea Martin, Marketing Coordinator: Audience Engagement at The Adelaide Fringe, was the primary organizer of these engagements, and has kindly shared her strategies organizing, generating awareness for, and running GooseChase games at multiple high-attendance events. 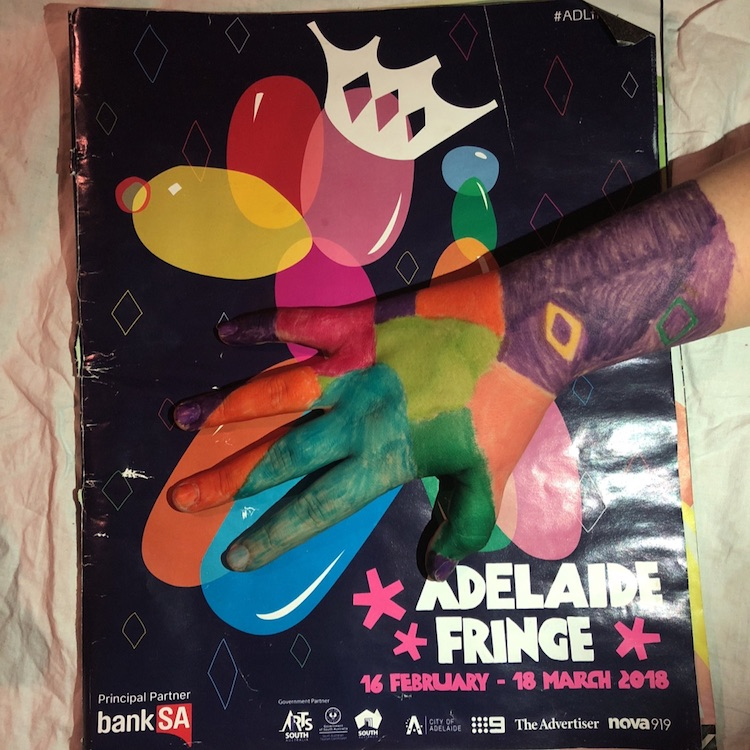 Missions were designed to encourage exploration of Adelaide's hidden gems:
Emma Hack is a locally grown, internationally renowned Body Paint Artist, celebrate her work by visiting the New Works exhibition and find inspiration to make a body painting of your own. Then show us your handywork!
+400 Points

In order to utilize GooseChase to incentivize participants to explore as many of the hosting venues, Chelsea and her team first made sure that each venue had at least one mission associated with it. To give some flavor to the missions, she would also make sure that objectives were thematically tied with the venues or events featured there. In the case of text-based missions, Chelsea ensured that many of the answers were only able to be found by taking time to explore the venue and interacting with staff. Other considerations included awarding bonus points for engaging other festival guests or venue patrons, ensuring that the fun was shared by more than just the game participants. 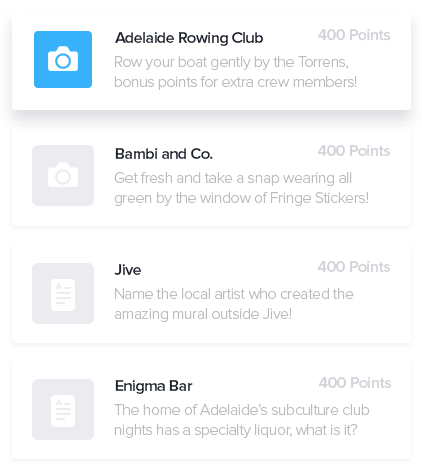 The Adelaide Fringe Marketing Team ensured their GooseChase game was generously featured in all elements of marketing, including signage, 320,000 distributed copies of the printed Fringe Guide, social media channels, email marketing content, and advertisements both print and digital. The content and call-to-action included clear, simple instructions that made it easy for participants to join the game. “Download GooseChase and join Adelaide Fringe”. The GooseChase app’s user-friendly interface did the rest.

A built-in feature of the GooseChase app allows teams to share their mission submissions through their personal social media accounts, The Adelaide Fringe Marketing team made an effort to monitor social media channels for User-Generated Content proudly shared from game participants, and in turn shared them through the Adelaide Fringe channels. From Chelsea, “This shows potential players how much fun can be had and what prizes they could be winning, and acts a positive reward for our existing players – getting to see their submissions shared by Adelaide Fringe.” Venues where mission submissions were captured were also more than happy to share game footage to their respective pages. The spectacular scenes created by some of the more competitive teams undoubtedly lead to further word-of-mouth awareness of the festival and GooseChase game alike. 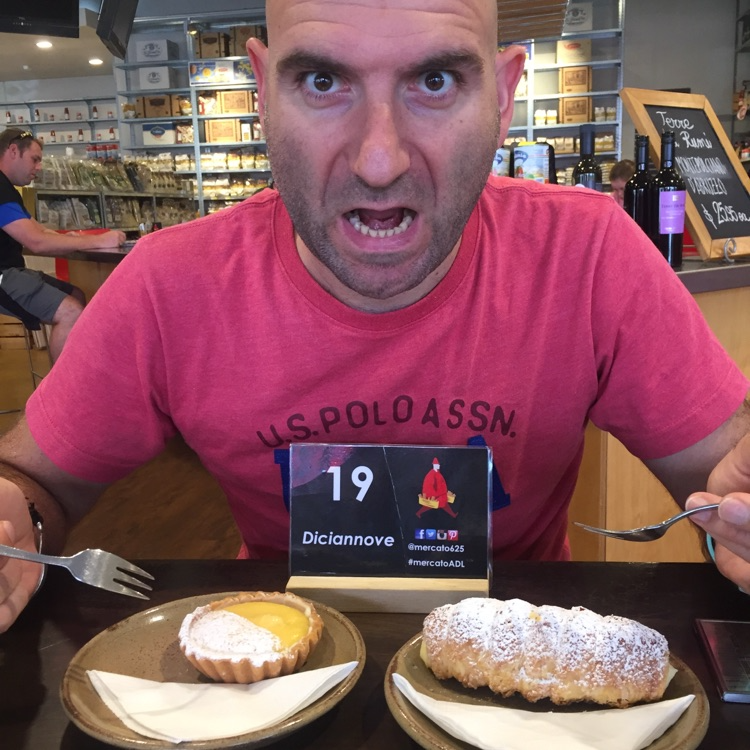 Local businesses appreciated the increased traffic resulting from being featured as part of missions:
Visit Mercato, Adelaide's own slice of Italy and find your favourite Italian comfort food ingredient, send us a snap!
+400 Points

By supplying prizes, Adelaide Fringe promotional partners were able to utilize the GooseChase game as a valuable marketing engagement tool. Qatar Airways received billing on promotional materials by contributing the major prize awarded to the winning team: flights to Scotland’s Edinburgh Fringe Festival, which takes place each August. With over 150 sponsored products and merchandise given out to participants, including wine, coffee, movie tickets, and car service packages, the GooseChase game provided valuable brand presence opportunities to many Fringe partners, at little cost to the festival organizers.

In addition to the GooseChase games organized during their own yearly event, the members of the Adelaide Fringe team are also on the ground in Scotland at Edinburgh Fringe every year. As industry leaders in the integration of Gamification technologies into a major festival, they registered and organized a GooseChase game specifically made for the Edinburgh Fringe in 2017, which drew over 500 participants and mirrored the Adelaide GooseChase game by rewarding the top team with flights and tickets to Australia for the following Adelaide Fringe. This was worked as a valuable cross-promotion opportunity, to tourists visiting Adelaide or Edinburgh, like-minded audience demographics based on opposite sides of the globe.

Overall, the responses received across surveys have overwhelmingly revealed how much fun players have with the Adelaide Fringe GooseChase experience. The highlight reel of the top video submissions really showcase how the spirit of the Fringe was captured by enthusiastic participants. Casual players and die-hard competitors alike, over 350 teams participated in the 2018 game and were more than eager to embrace a chance to unleash their creative potential, while competing for the top prizes by completing the most missions at numerous Fringe venues.

Gamification in the Industry

More and more, businesses around the world are incorporating gamification into all areas of marketing campaigns, and the Adelaide Fringe activations have successfully demonstrated the potential gamification tools have in incentivizing real-life movement among audiences. Following their GooseChase events, the Adelaide Fringe team have been invited to lead several workshops at Australian businesses conferences in order to discuss the benefits of gamification. These speaking engagements have resulted in further opportunities for the community-reliant organizing team to connect with key people in various industries. From Chelsea:

“I see gamification being more widely used by brands and campaigns in the coming years as audiences continue to engage more and more through technology, and as that technology continues to be adopted.” 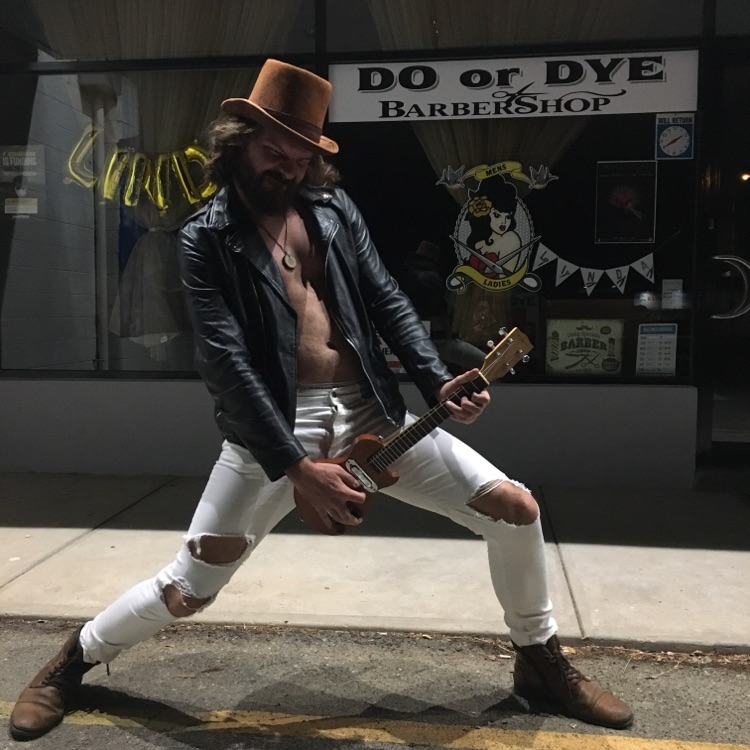 Allowing room for creativity encourages participants to put in the effort to earn bonus points:
Rock 'n' Roll, do or dye! Recreate a famous Rock and Roll idol and pose for a snap at the themed Barbershop.
+400 Points +25 Bonus Points!

Thank you to Chelsea Martin and her team for contributing their valued time and comments to this case study. GooseChase looks forward to a continued relationship with the Adelaide Fringe Festival and future integrations into such an iconic event.

If you are an organizer interested in organizing a GooseChase scavenger hunt at your next event, please refer to our Conference Solutions page for more details. You can also read our other user case studies to learn more about the numerous ways GooseChase can be utilized.